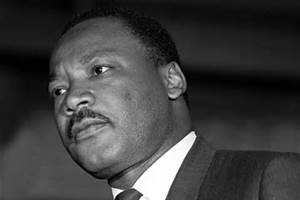 I have had the privilege of being raised in a black Baptist church that has welcomed, supported, and fiercely loved my white family over these past 24 years. Growing up, I thought of myself as someone who was “colorblind,” believing that people weren’t distinguished by the color of their skin. While I knew there were some people who were racist, for the most part I thought we lived in a world where a person’s race didn’t matter.

But as the Black Lives Matter movement gained momentum in these past few years, my eyes were opened to the plight of my black brothers and sisters. As story after story of brutality against black people made its way into the headlines, I began to confront the atrocities committed against communities of color that I, as a white person, have never faced.

As a white person, the only thing I’m fearful of when being pulled over by a cop is getting a costly speeding ticket. I’ve never been fearful that my white skin would prevent me from getting a job or that my name would keep me from even getting an interview. When shopping in a store, I’ve never felt the distrustful eye of a sales clerk follow my every move. Walking around my college’s campus, I never worried that people would think I’d been admitted to fulfill some diversity quota and not on my credentials. Whether I was in the classroom, at work, or shopping in a grocery store, my “whiteness” was never on the forefront of my mind. In fact, for most of my interactions in life, I haven’t had to think about my white skin at all.

This unawareness of my “whiteness” in my day-to-day life points to my privilege. It is the very reason I was able to convince myself for so long that we live in a colorblind world. As a white person, I had the privilege of distancing myself from the concept of race—forgetting about my white skin altogether as I went about my daily life, never worrying how my skin color might affect me in any given situation.

Black people, however, do not have the luxury of being “colorblind.” For people of color, race cannot be escaped. With every stare, insulting question, condescending comment, and subtly racist remark, black people are painfully reminded that their race is a target of oppression. Each and every day of their lives, people of color are cognizant of how the color of their skin influences interactions with people.

Unfortunately, many white people often project their experience of race onto communities of color, assuming that because their white skin seemingly doesn’t affect their life, black people are just “playing the race card,” when, “the exact same thing could’ve happened to a white person if they’d been in that situation.” Many white people are unwilling or unable to acknowledge that the color of a person’s skin affects their experiences and ability to succeed.

Until we are willing to take responsibility for the ways in which racism manifests in our individual lives and the ways we remain complicit in unjust systems, Dr. Martin Luther King, Jr.’s dream can never come to fruition. The first step towards dismantling structural racism is acknowledging its existence and the ways in which our white privilege fuels it. Critical thinking and discussion are central to cultivating the awareness needed to confront and challenge our systems of racial oppression.

“Our lives begin to end the day we become silent about things that matter.”
– Dr. Martin Luther King, Jr.

As we approach the day when we commemorate the work of Dr. King, may it serve as a catalyst to break white silence and fuel us forward in dismantling white supremacy. May we stand in solidarity with the brothers and sisters who have gone before us in laboring for civil rights. May we continue to move toward the completion of Dr. King’s dream.

“I refuse to accept the view that mankind is so tragically bound to the starless midnight of racism and war that the bright daybreak of peace and brotherhood can never become a reality… I believe that unarmed truth and unconditional love will have the final word.”
– Dr. Martin Luther King, Jr.

Sarah Stell is a 2015-16 Belle Harris Bennett Fellow. She graduated from Belmont University in Nashville in May 2015 with a major in Social Work. During her college career she studied abroad in the Middle East, served as an orphanage caretaker in Uganda, worked with women involved in the commercial sex industry, and was a social work intern at End Slavery Tennessee. She feels a calling to create space for the voices of the oppressed, engaging churches on issues regarding race, sexuality, power, and oppression.