Remember the story of Queen Esther. A young Jewish woman in the court of a mighty king who had to make a very difficult decision – Do I save my people or do I allow them to be destroyed? Her uncle, Mordecai encouraged her with strong words: “Do not think that in the king’s palace you will escape any more than all the other Jews. For if you keep silence at such a time as this, relief and deliverance will rise for the Jews from another quarter, but you and your father’s family will perish. Who knows? Perhaps you have come to royal dignity for just such a time as this.” Esther maneuvered through treacherous courts rules and fortuitous circumstances to eliminate the threat to her people. She showed great courage and took bold action in obedience to the will of God. Esther refused to participate in the evil of her day. She chose instead to be about God’s work of justice and healing.

In the Acts of the Apostles we are told many times of how Paul, Peter, Silas, Timothy and others confronted the religious and government authorities. They did so in the synagogues and on the streets of the cities. Sometimes they were harassed and beaten by the police; other times they were accused of being “babblers;” at other times men and women believed and accepted their message; and often they spent days and nights in jail. They were protesting the worship of idols and the unwillingness of many of the Jews to accept Jesus as the Messiah. They caused civil unrest and even riots in some of the cities. They were dissenting from the status quo; they were protesting what was; they were proclaiming an alternative way of life centered in Jesus.

These biblical stories have been duplicated throughout the centuries by faithful men and women who have obeyed the voice of God.
*Joan of Arc was burned at the stake for refusing to betray the voice of God within her.
*Mohandas Gandhi freed India from English jurisdiction through nonviolent resistance.
*Stephen Biko devoted himself to raising consciousness in apartheid South Africa and died for the doing of it.
*Martin Luther King, Jr. worked for justice, freedom and peace during the Civil Rights Movement and the Vietnam Was and was killed because of his work
* Men and women who stood up to a hate group that tried to take over their town in Idaho
* Unnamed protesters who have marched for equality, peace, civil rights, and against violence and war.
* All who obeyed God’s law of love for the sake of the world.

Joan Chittister writes in the September 2015 issue of The Monastic Way: “Being nice in the face of injustice changes nothing, stops nothing, instead it simply cements everything in place. To be quiet when a voice is needed only convinces perpetrators that they have a free hand. It saves no one – including the silent one who had a chance to speak. Be bold. For all our sakes, yes, but for yours too.”

Sometimes it is necessary to shout, to object, to protest as we observe injustice and to do so is obeying the voice of God – a voice that calls us to go where love and justice lead. 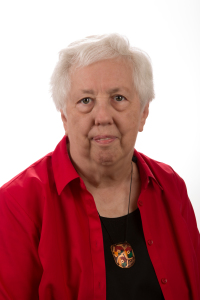 Joyce D. Sohl has been Laywoman-in-Residence since 2009 as a full-time volunteer. She retired as CEO of United Methodist Women in 2004. She is the author of 4 books, a teacher, retreat leader, writer and non-professional musician. Here at the Center her work is in the area of Spirituality & the Arts with such programs as Tuesdays in the Chapel, Vespers & All That Jazz, Poet’s Corner, quarterly retreats and art exhibits.